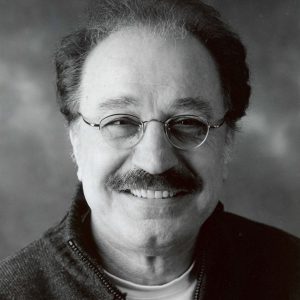 “The orphan boy who became a great conductor” 100 Lives

Vartan Melkonian was brought up in the early ‘50s as an orphan in the Birds’ Nest Orphanage in Lebanon until the age of eight.  He then lived rough in the slums of Beirut, scouring the streets of the city.

“…he has had no formal education or any musical training.  His life story is noting short of a miracle.”  Hallam Tennyson.

Vartan is also A Motivational Public Speaker.  He speaks at international events, gala dinners and important charity evenings in the presence of Royalties, Heads of States, dignitaries and business men and women.  He has been a Keynote Speaker at the UN in Geneva, in Cambodia, Colombia and at the All Party Parliamentary Group on Street Children in the House of Commons – in the Middle East and the Gulf states.

How is it possible for someone like Vartan to undergo this remarkable transformation?  The only person who can tell the story of this astonishing journey is Vartan himself.

Fleeing the start of civil war in Lebanon he arrived in the UK in 1972 and began to work as a singer on the Northern-Clubs.  What happened to his speech impediment?  He was undergoing a remarkable metamorphosis, and he knew it.  His singing voice soon won him a place on TV’s ‘New Faces’.

In the late ‘70s Vartan’s face became a familiar feature in London’s magazines and music papers.  He had become a leading singer and producer in a number of famous West End night spots: The Celebrity Club in New Bond Street, the Talk of the Town in Leicester Square and other notable venues.  He also became a TV Director working for the BBC and the ITV, directing commercials, including Coca Cola and Martini for the Middle East, and video clips.  He directed the hit video clip ‘No Easy Walk to Freedom’ for Nelson Mandela’s release.  But it was his enquiringly nature for classical music that led him to a new field

When he was asked about his symphonic poem, ‘Drake Passage‘, which the Royal Philharmonic Orchestra recorded at Abbey Road Studios on 14 April 2015 with him conducting, he said, “I would hope to start a Post-Atonal Renaissance Era for the listener of elegant music”.